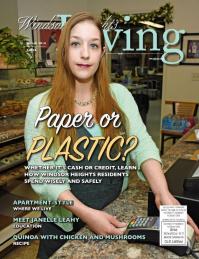 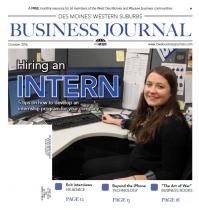 Big Green Umbrella Media began as Greater Des Moines Publishing Co. (GDMPC), an Iowa corporation formed in February of 2003 with the purchase of Pointblank Media, which included the weekly alternative newspaper Pointblank and the dining guide Relish. The company was a wholly-owned subsidiary of New West Newspapers Inc., whose primary owners were Gary G. Gerlach and Michael G. Gartner. Shane W. Goodman served as the president of GDMPC.

The company was operated out of a small office in a shopping center on Fleur Drive on the south side of Des Moines with a staff of eight people. Pointblank had a weekly distribution of 24,000 copies in 600 locations throughout central Iowa. Relish was inserted inside of Pointblank twice per year. The newspapers direct competition was City view, an established weekly alternative newspaper.

In April of 2004, a new company was formed that merged GDMPC with an acquisition of City view from Business Publications Corporation. The company was named Big Green Umbrella Media Inc. (BGUM) and had its flagship newspaper of City view with combined editorial content from Pointblank and City view. The new publication had a weekly distribution of nearly 30,000 copies to 70,000 readers from 850 locations, reaching nearly one in three adults in Des Moines each week.

The ownership of the company changed in August of 2006 when Shane Goodman purchased the majority of the stock. Michael Gartner also continued as a minority investor. Gary Gerlach retired. This independent, locally owned company moved to offices located at 414 61st St. in Des Moines. The company grew to include separate divisions with lifestyle magazines, websites, events and niche publications. In February of 2014, the offices of BGUM moved to a larger facility at 5619 N.W. 86th St., Suite 600 in Johnston, and the company continues to operate out of that location today.

Our vision is to be a rapidly growing publishing company with talented people, innovative products, exceptional delivery systems and outstanding customer service.

Our values are based on the highest standards of loyalty, hard work and talent. We insist on high levels of communication, integrity, honesty, teamwork and fun with a commitment to each other, our families and the communities we serve.