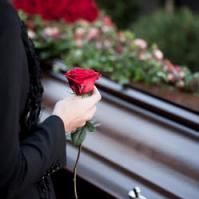 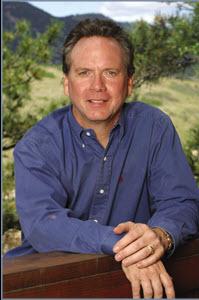 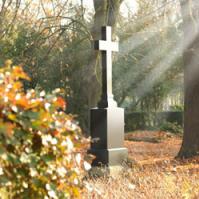 In 1915, brothers Lewis A. Overton and Clyde C. Overton formed a partnership in Centerville, Iowa known as Overton Brothers - The Modern Undertakers.  They would furnish auto or horse drawn equipment at the same price.  The flu epidemic in 1918 claimed the life of Clyde Overton.  In 1919, Lewis Overton and his wife, Leona, moved their family to Milo, Iowa where they purchased the furniture and undertaking business.

In 1923, Lewis Overton sold the business in Milo and purchased a half interest in the Proudfoot, Smith and Co. furniture and undertaking business in Indianola.  The business was moved from the south side of the town square to its present location in 1926, when Mr. Overton purchased the large home on the corner of D Street and Ashland Avenue.  The business was purchased by Lewis Overton in 1927 from Mr. Proudfoot.  After remodeling and a two stall garage addition, the first floor of this large home became one of the first funeral homes outside of Des Moines.  The second floor was used for the family home.

Everett Overton joined his father in 1937 after graduating from Simpson College and the Hohenschah-Carpenter School of Embalming in St. Louis, Missouri.  He was married to Grace Annear and in 1941 took over management of Overton Funeral Home due to the poor health of his father.

John Overton attended Simpson College and received an associate degree in mortuary science from the University of Minnesota.  He returned to Indianola in 1968 and has been President of Overton Funeral Home, Inc. since 1983.  John and his wife, Barbara, are the third generation to manage the funeral home.

In June of 1989, Jeff Petersen received his Iowa Funeral Director's and Embalmers license.  He joined the staff of Overton Funeral Home in December 1989.  He and his wife, Mary, have three children, Alex, Megan and Nicholas; five grandchildren, Grace, Nora, Henry, Benjamin and Emmy; and two granddogs, Ada and Zoey.

Jeff and his wife Mary assumed the ownership and management responsibilities of the funeral home, September 13, 2007.

Overton Funeral Home strives to provide services through its staff, facilities and equipment which meet and adapt to an ever changing role in providing care of the dead and support to the living.